You remember, PeepingMoon.com was the first to confirm that Saif Ali Khan (On August 5), after the huge success of Sacred Games and the disappointing response to its second season, was once again exploring the digital space with Ali Abbas Zafar’s first Amazon Prime series Tandav? Saif plays the role of a politician who comes from a privileged background and aspires to become the Prime Minister in the show that centers on the power corridors of Indian politics.

In the same report, we had also revealed that Tandav will have 11-12 primary characters with three-four parallel storylines running across eight episodes and that Kritika Kamra, who made her Bollywood debut with Mitro last year, will also play one of the leading roles. Now, PeepingMoon.com has learned learnt that Sunil Grover, who played Salman Khan’s friend in Ali’s last directorial Bharat, also plays one of the major characters in Tandav.

Zeeshan Ayyub, who was last seen in Mission Mangal, has also joined the cast. Purab Kohli, Sarah Jane Dias, Shonali Nagrani and Kunal Mishra are the other latest additions. Dimple Kapadia and Gauhar Khan are also believed to be playing important roles but there's no confirmation on their casting as yet. 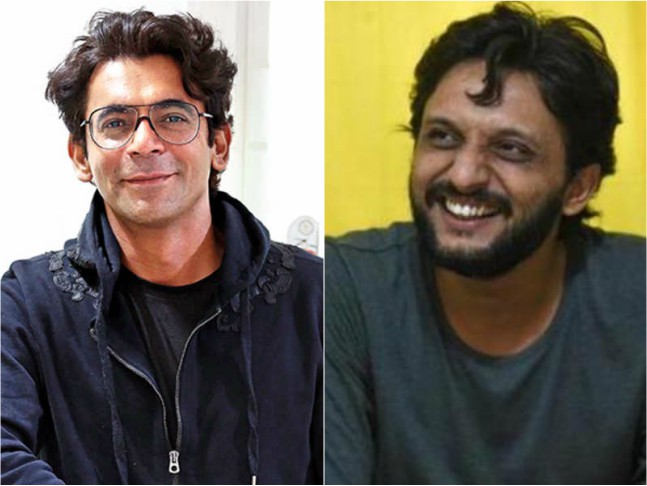 Tandav is said to be a youth-focused political drama that explores the dark corners of Indian politics and shows how the powerful politicians, and those who aspire to be, sow chaos and manipulate others to control the country. One of the most anticipated web offerings of 2020, the show has already gone on floors and will be wrapped up by February 2020.

Talking about the series, Saif had recently said, “It is a show based on politics and is set on a massive scale. I don’t want to use American examples, but it’s along the lines of House Of Cards, [albeit] set within the framework of Indian politics. The plot takes into account various factions like Dalit politics and UP cops and the whole nexus between them.”

Exclusive: Saif Ali Khan to strum his guitar while Salman Khan will croon to a melodious number on 'Bigg Boss 13 Weekend Ka Vaar’