Advertisement
HomeBOLLYWOODENTERTAINMENT NEWS'We have to be able to separate between the personal and professional,' says 'Chhapaak' director Meghna Gulzar on Deepika Padukone's JNU visit

'We have to be able to separate between the personal and professional,' says 'Chhapaak' director Meghna Gulzar on Deepika Padukone's JNU visit

Deepika Padukone shocked everybody and took social media by storm when she recently made a visit to the Jawaharlal Nehru University (JNU) in New Delhi to extend her support to students and professors protesting against the violence on the campus. Her visit was made two days before the release of her film - Meghna Gulzar's directorial Chhapaak. The actress, who was in the Capital to promote her film, was at the receiving end of trolls and hate comments from social media users. While several Bollywood celebrities lauded her for being the only celebrity to meet those who were subjected to violence, politicians and right-wing groups slammed her brutally, so much so that they demanded a ban on Chhapaak. Now, the director of the film, Meghna has finally commented on the incident.

"We have to be able to separate between the personal and professional. What somebody does in their personal life and what they have done as a professional in a film needs to be looked at separately," Meghna told a news agency in a telephonic interview when asked to comment on Deepika's much-discussed visit to Jawaharlal Nehru University.

"While they are trying to separate the lens of personal and professional if one can slightly divert the lens back to the reason why we made the film and what we are trying to talk about and bring to light... I think it is important," she added. 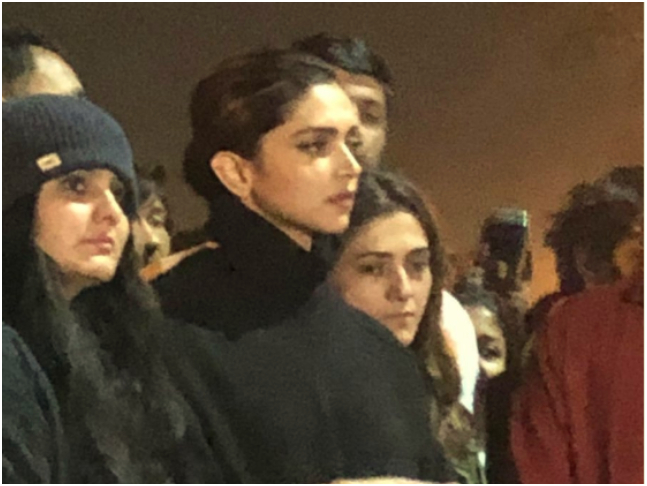 Recommended Read: Smriti Irani taunts Deepika Padukone for her JNU visit, says 'her political affiliation was known back in 2011'

Chhapaak released on January 10 along with Ajay Devgn-starrer period drama Tanhaji: The Unsung Warrior. On the unavoidable clash, Meghna said, "This is a distribution decision that was taken by the film's distributor and I think they believed that both films are very different and will find their audience. I think that also came from a place of faith in the film. Considering how populated our film release calendar is, it is extremely difficult to find a solo release," Meghna added.