After playing Chhatrapati Shivaji Maharaj in Ajay Devgn's 'Tanhaji', Sharad Kelkar to join the actor as an Army officer in 'Bhuj: The Pride Of India' as Rana Daggubati's replacement

Ajay Devgn's upcoming film Bhuj: The Pride Of India has managed to generate the right amount of interest ever since it was announced back in March last year. Now, as the shooting is underway, the anticipation surrounding the project has been snowballing every single day. As the film is making the right amount of noise, it has been in the limelight for actors stepping out owing to personal reasons. After Parineeti Chopra's exit due to date issues, Rana Daggubati is the next one to bid adieu to the war drama that stars Ajay as Squadron Leader Vijay Karnik, who was in charge of the Bhuj airport during the 1971 Indo-Pak war. While Nora Fatehi confirmed to step into Parineeti's character of a femme fatale, Sharad Kelkar will replace Rana as an Army officer. Confirming his presence in Bhuj: The Pride Of India, Sharad, during an interview with a leading daily, told that the director, Abhishek Dudhaiya has known him since struggling days and offered him the role. Having worked with Ajay in the recently released Tanhaji: The Unsung Warrior, the actor added that his bond with the superstar is good and so is with Sanjay Dutt who also has an important role in Bhuj.

“Bhuj has a lot of action and since Rana might take a couple of months to recover, Abhishek offered me this part. I’d told him I’d love to be a part of his debut film. I have a good bond with Ajay sir and Sanju sir as well,” Sharad told. 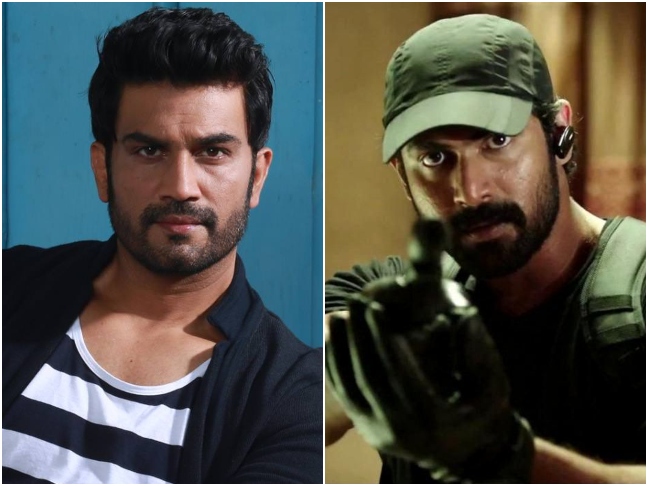 Sharad further revealed that as a boy, he always wanted to be in the Army. Now, he will finally get a chance to wear the uniform. The actor, while concluding said he will start shooting in a week's time. “At least I will get to wear a uniform now. I start shooting in a week. I practised judo for six years. That will come in handy now,” Sharad added.