Advertisement
HomeBOLLYWOODENTERTAINMENT NEWSDilip Kumar honoured by the World Book of Records on his 97th birthday; Saira Banu collects it on his behalf

Dilip Kumar honoured by the World Book of Records on his 97th birthday; Saira Banu collects it on his behalf

Padma Vibhushan awardee and legendary actor Dilip Kumar was honoured by the World Book of Records, London, on his 97th birthday earlier this week. Although the Bollywood icon could not collect the award, the Certificate of Honour was presented to his family members including his brother Aslam Khan, wife Saira Banu, his sisters Saeeda Khan and Farida Khan by Santosh Shukla, Supreme Court, Advocate (President, World Book of Records), Mr.Usman Khan (Adjudicator, World Book of Records, Mumbai) along with other guests. 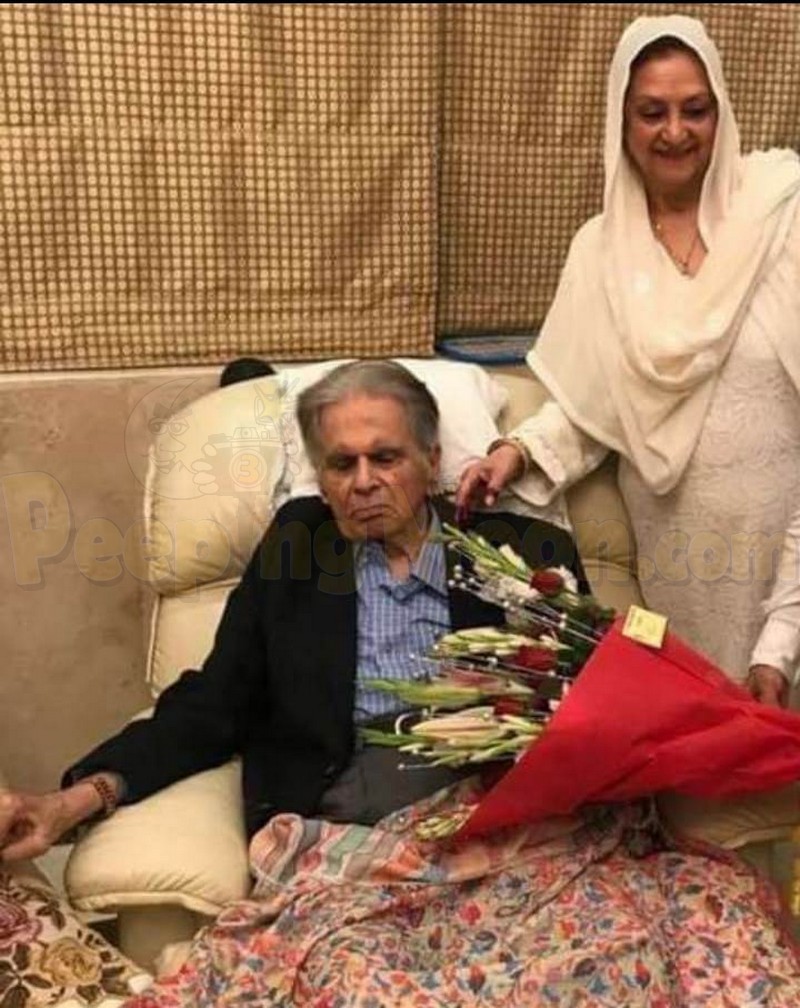 In pictures, Dilip's brother Aslam is seen seated on a sofa, holding the certificate. 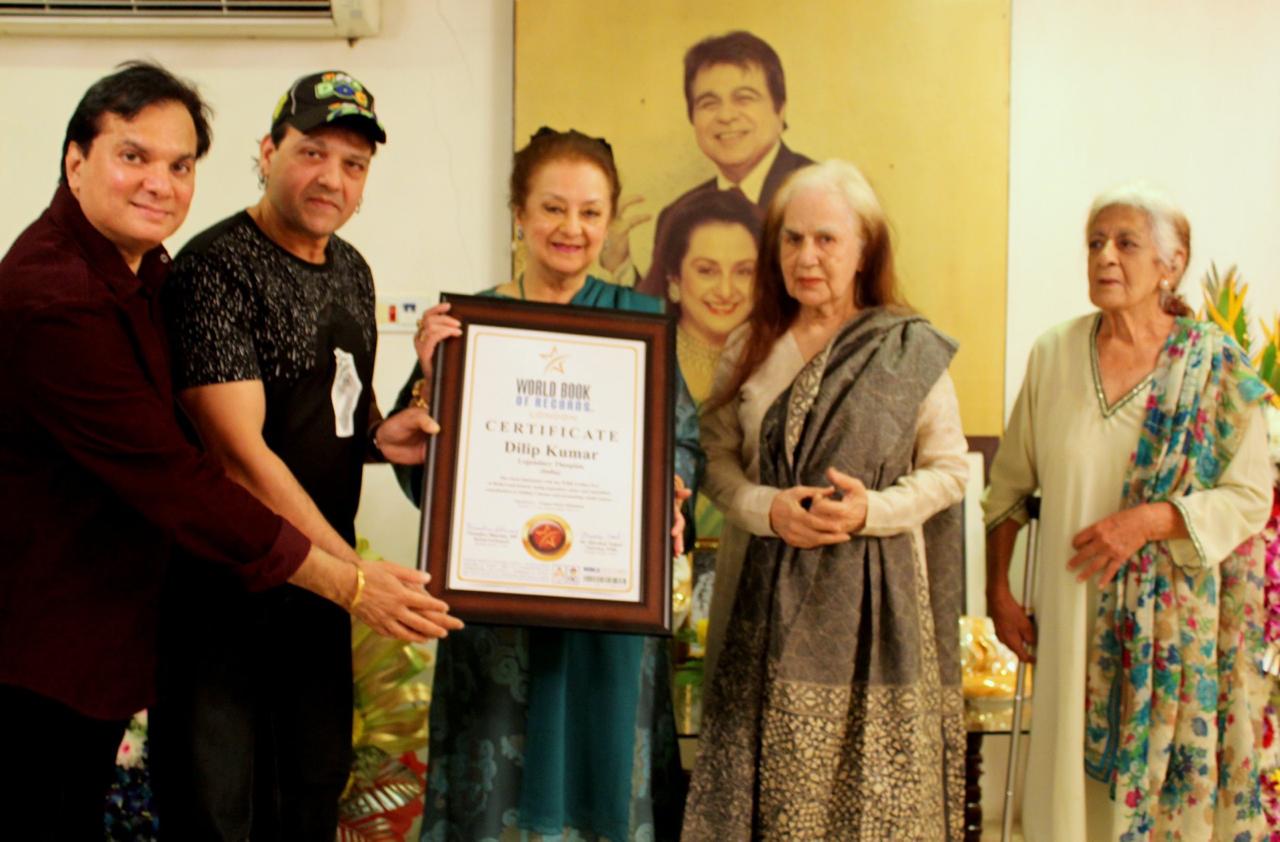 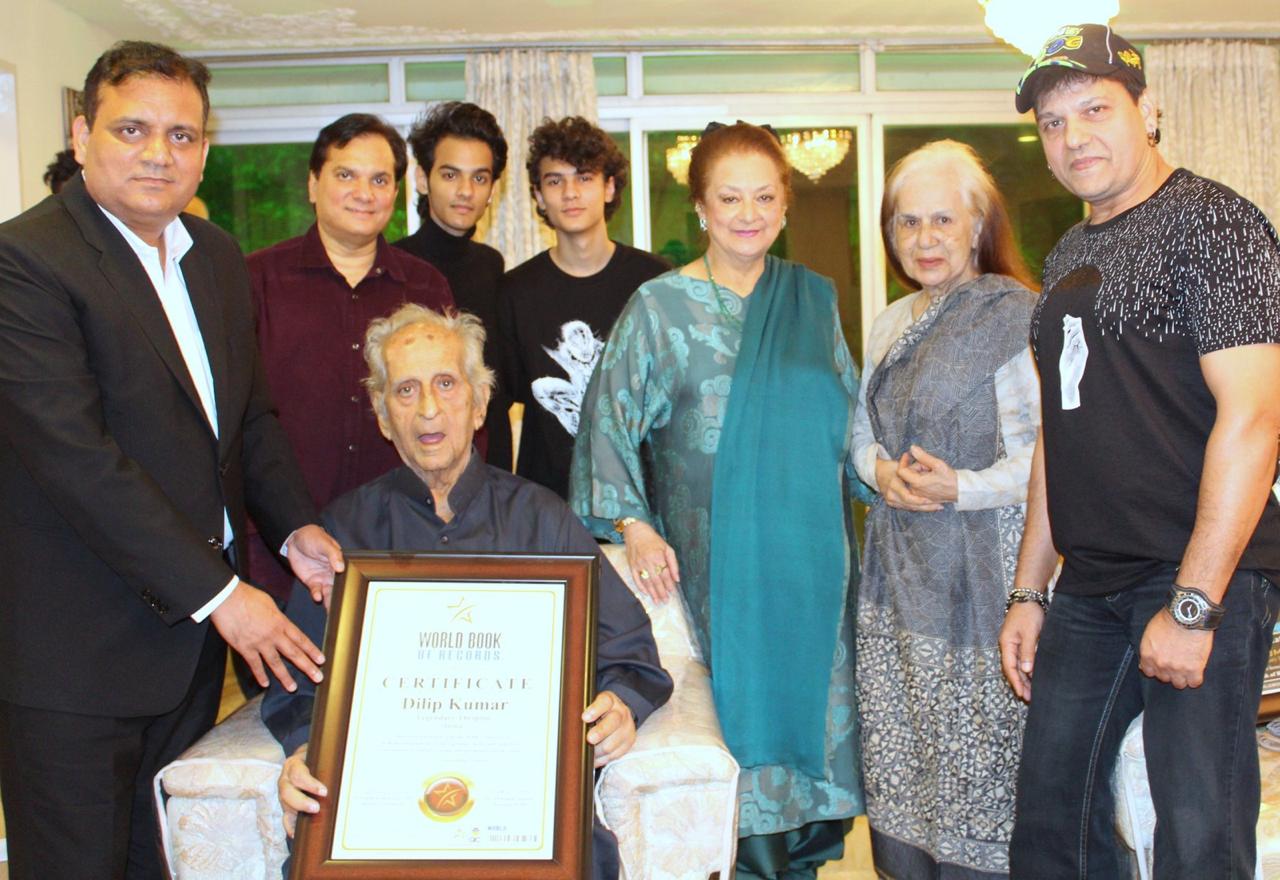 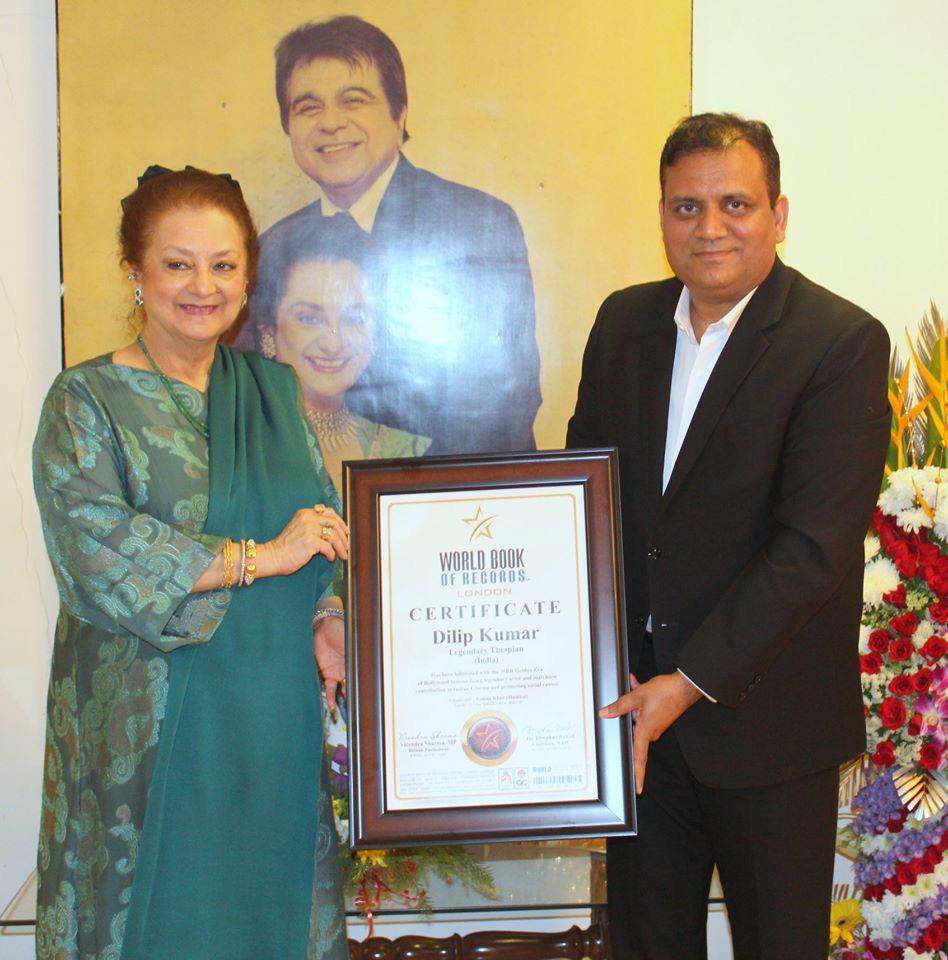 RECOMMENDED READ: 'Your boundless love has always brought tears in my eyes,' says Dilip Kumar as Varun Dhawan, Randeep Hooda and others wish him on his 97th birthday

Dilip Kumar was last seen on the big screen in Qila in 1998. He was honoured with Dadasaheb Phalke Award in 1994 and the Padma Vibhushan in 2015. In a career spanning five decades, he had gifted us classics such as Devdas, Mughal-e-Azam and Naya Daur. 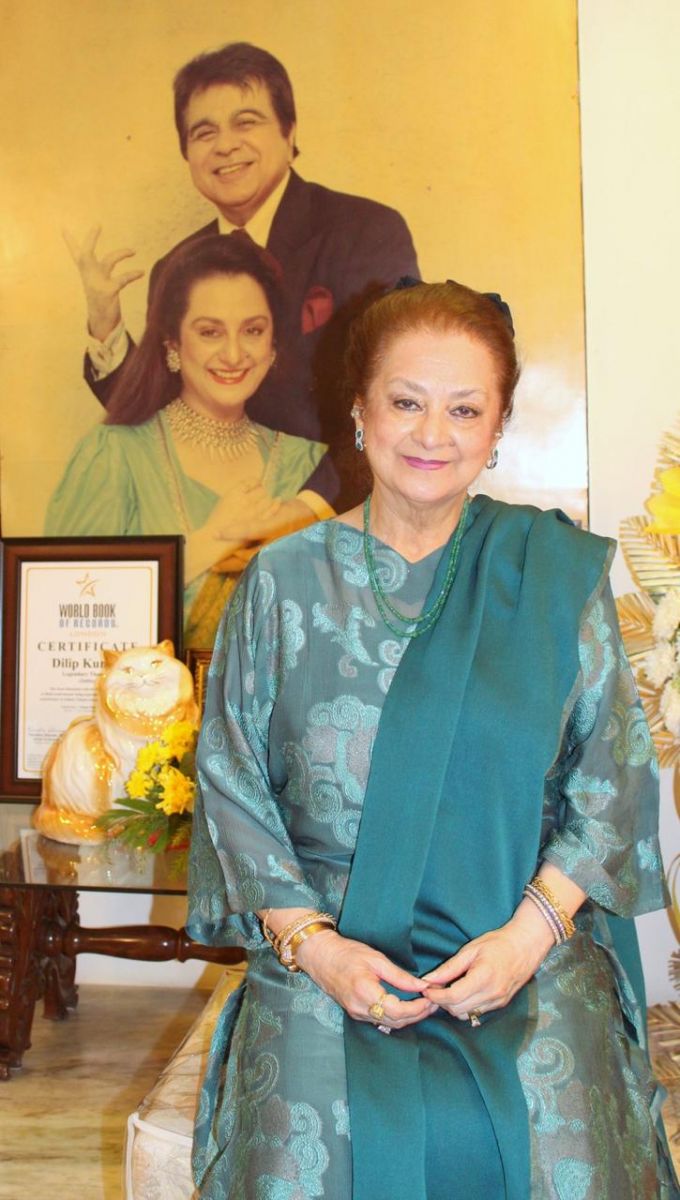 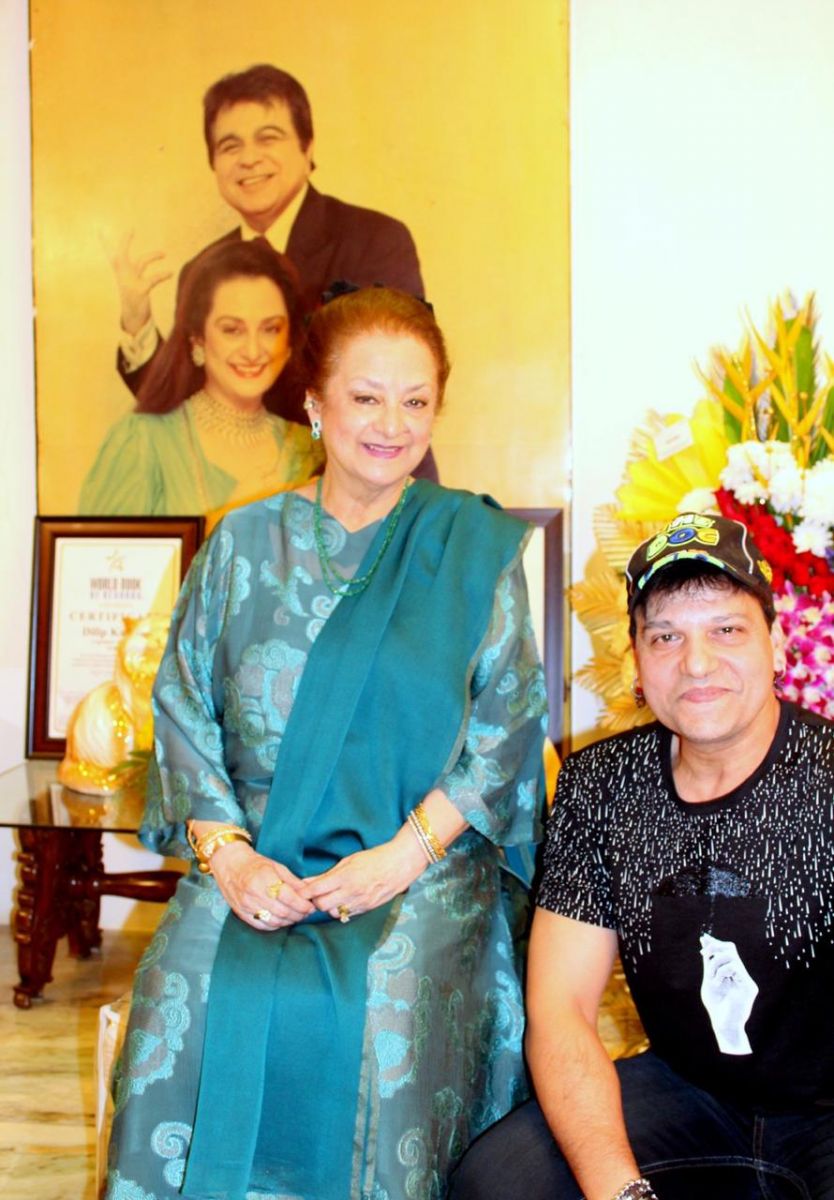 For the unversed, World Book of Records (WBR) is one of the leading organizations in the international certification of world records. It works intercontinental from Europe, North America, South America, Africa, Asia and Australia with global network. It recognizes the potential of talent and capabilities in world records through international certification. It also honours personalities and lists places of outstanding contribution for humanity and universal peace.

Raj & DK break their silence on film with Shah Rukh Khan, confirm that he 'loved one of their favourite scripts'

Watch: ‘My pride, My Nation,’ says Amitabh Bachchan as he sings the National Anthem with differently-abled children on Republic Day 2020

Watch: ‘My wife is Hindu, I'm Muslim and my children are Hindustan,’ says Shah Rukh Khan in viral video

‘Don’t come back without Mysore Pak, Potato chips’: Deepika Padukone has a special Chennai shopping list for Ranveer Singh as he unveils the first look of ’83 in the city