Advertisement
HomeBOLLYWOODENTERTAINMENT NEWSKajol reveals she felt 'terrible' after her major fallout with BFF Karan Johar, calls it a 'horrible phase'

Kajol reveals she felt 'terrible' after her major fallout with BFF Karan Johar, calls it a 'horrible phase'

Bollywood actress Kajol recently spoke about her equation with co-stars turned friends Akshay Kumar, Aamir Khan, Saif Ali Khan, Karisma Kapoor and Raveena Tandon recently. She also talked about her major fallout with BFF Karan Johar and how the two sorted it out.

In an interview with a leading magazine, the Dilwale actress said, “I genuinely love them. I don’t know the people who’ve entered the industry in the last 10-15 years so well. I’m not some chatty, let’s-message-each-other kind of person. So I don’t know them well. But, regarding the others, be it Lolo (Karisma Kapoor), Raveena (Tandon), my heroes like Akshay (Kumar), Aamir (Khan), Saif (Ali Khan), whenever I meet them, there’s always a sense of, ‘How are you doing? Are you okay? What’s up with you?’ They have the same feelings for me. We may not chat on social media often but that doesn’t mean we’re no longer friends.”

However, there was one friendship, which went through a rough patch in between. She laughed as she spoke about her fallout with Karan. "Yeah, that one disappeared for a little while in the middle. He took a little sabbatical. Now he's back," she smiled and added, "It was a horrible phase. It wasn't a nice place to be in. I'm sure he felt the same way.  I always knew that it was just a question of time. That things would settle down. That whatever happens, we'd figure it out. We have the rest of our lives; this was just a temporary moment in between. Now it's back to pretty much the same," she said. "I don't meet him as much now because he's travelling so much, working so much and I'm also travelling and working," she concluded. 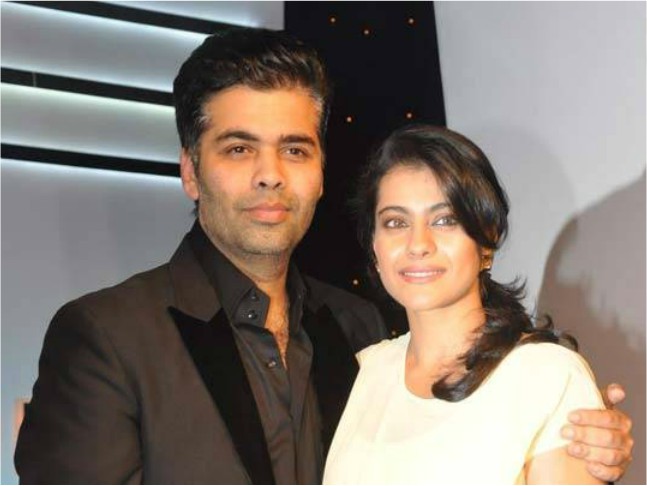 Recommended Read: Fan asks Kajol if she would have married Shah Rukh Khan had she not met Ajay Devgn, her answer is sheer bliss!

Karan had also spoken about their fallout in his episode of Koffee With Karan 6 which featured Kajol along with Ajay Devgn. He had also mentioned that no one can replace Kajol in his life.