Dhanush and Sara Ali Khan to star in Aanand L Rai’s next film?

There was much speculation on what filmmaker Aanand L Rai and Dhanush will bring to the table after declaring that they would soon be pairing up once again. The two last came together for Raanjhanaa that released six years ago in 2013 and also had Sonam Kapoor in the lead. Now, the latest buzz is that Dhanush has been roped in for Rai’s next directorial that will bring forth a fresh pairing of the actor with Sara Ali Khan.

A trade website reported that Dhanush and Sara have been locked for Rai’s film. The film is going to mount the sets by the end of the year. The film is said to be a romantic drama and will be set in North India. The trade website reported that Dhanush was roped in for the film a few weeks back and Sara was also narrated the script simultaneously. Apparently, the young actress loved her role. 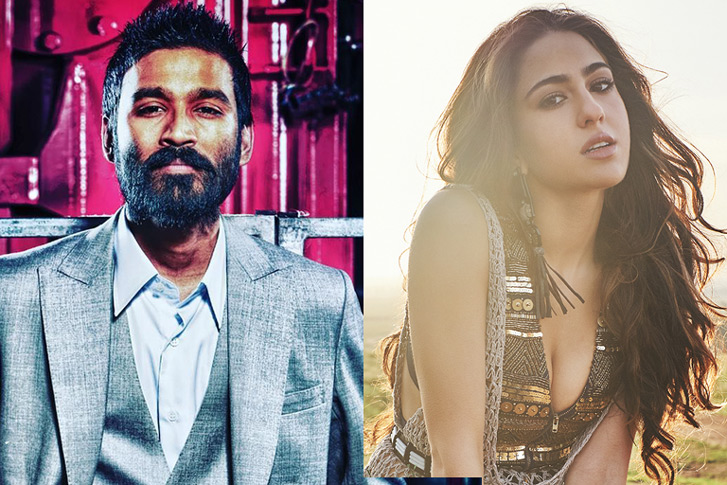 An official confirmation about the film is awaited soon. Meanwhile, further paperwork for the film is underway with the actors and once the legalities in place the film will be officially announced. The fresh pairing of Dhanush and Sara will definitely spell magic at the box office and with Rai’s rustic earthiness that he brings to a film will make the film a winner at the box office. Watch this space for more updates on the film.

Can only guess that they’re using the title to get a big weekend: Shekhar Kapur claims he has no clue about Ali Abbas Zafar's 'Mr India 2'

Ram Gopal Varma strikes again, to make film on the infamous rape and murder case of a veterinary doctor in Hyderabad

'Bunty Aur Babli 2': Saif Ali Khan and Rani Mukerji along with Siddhant Chaturvedi and Sharvari jet off to Abu Dhabi to shoot a 'highlight con'