Advertisement
HomeBOLLYWOODENTERTAINMENT NEWSWatch: 'I'll be teaming up with him soon': Six years after Raanjhanaa, Dhanush to collaborate with director Aanand L Rai again

Watch: 'I'll be teaming up with him soon': Six years after Raanjhanaa, Dhanush to collaborate with director Aanand L Rai again

Actor Dhanush and director Aanand L Rai had created magic onscreen with the 2013 Bollywood film Raanjhanaa, which also starred Sonam Kapoor in a lead role. Now, the duo is all set to reunite for an upcoming Bollywood project and Dhanush himself confirmed this news at the trailer launch of his upcoming Hollywood film The Extraordinary Journey of the Fakir.

When asked about collaborating with Aanand again, Hrithik said, "I'll be teaming up with Aanand L Rai some time. I will be doing a Hindi film, it'll be announced soon," Dhanush told reporters at the launch event. After Raanjhanaa, the actor was seen in Shamitabh and the actor said he was "waiting for the right script" for another Bollywood project.

Recommended Read: The trailer of Dhanush's Hollywood Debut, 'The Extraordinary Journey of the Fakir' promises a super fun watch which cannot be missed

The last time the actor and director collaborated, the duo broke several records with their film. The film completes six years of its release this month. Speaking about it, Dhanush said, "I was very fortunate to get a good script and amazing director like Aanand L Rai. The film was well received, and I'm very thankful for it." 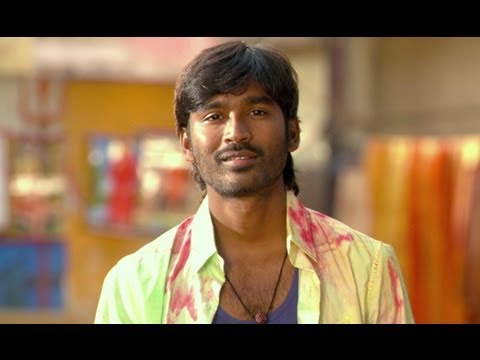 Meanwhile, The Extraordinary Journey of the Fakir is set to release on June 21. The film is based on the book of the same name penned down by Romain Puértolas.

Can only guess that they’re using the title to get a big weekend: Shekhar Kapur claims he has no clue about Ali Abbas Zafar's 'Mr India 2'

Ram Gopal Varma strikes again, to make film on the infamous rape and murder case of a veterinary doctor in Hyderabad

'Bunty Aur Babli 2': Saif Ali Khan and Rani Mukerji along with Siddhant Chaturvedi and Sharvari jet off to Abu Dhabi to shoot a 'highlight con'